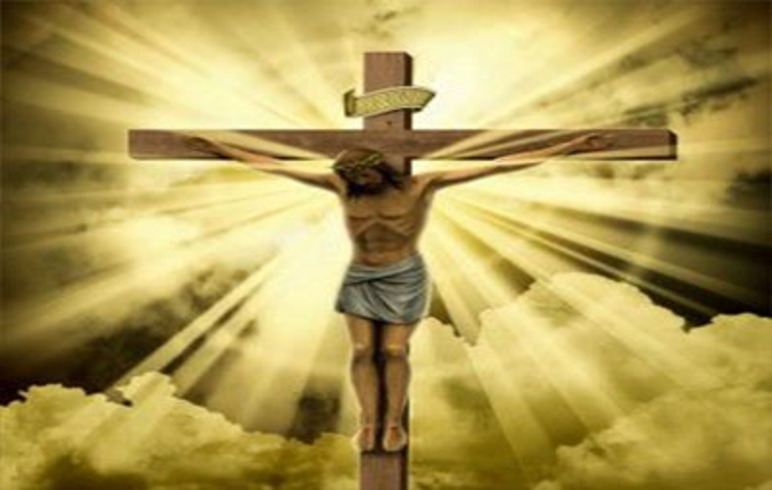 On this very important feast that plays a central role in the history of salvation, I wish to share my pastoral experiences and challenges noting with keen interest how some people in many Christian communities abuse the usage of sacramentals, most especially crosses or crucifixes.

The Feast of the Exaltation of the Cross, held on 14th September, celebrates the Dedication of the Basilica of the Holy Sepulcher in Jerusalem– a shrine believed to have been erected on the spot where the Lord Jesus was crucified and buried. Celebrating the feast marks the centrality of the cross in our Christian life and its saving power. A legend has it that in the 4th century St. Helena (Mother of the Roman Emperor Constantine) had gone in search of the places of Christ’s life, hence discovered “the True Cross of Christ.”

The cross is a Christian identity of belongingness to Christ, made at the beginning and end of prayers. An individual Christian makes the sign of the cross on him/herself as “an act of prayer at any time,” while the Clergy make it upon others as “an object of blessings at specific times” as in liturgy and customarily on other occasions, given their concerns with ecclesiastical and sacramental matters (cfr., Catechism of the Catholic Church, 1669). As a sacramental, the cross prepares an individual to receive grace and dispose one to cooperate with it (cfr., Catechism of the Catholic Church, 1670). St. John Mary Vianney says: “a genuinely made sign of the cross makes all hell tremble.” The cross is Christ’s glory and triumph that drove away darkness and brought light in the world. In keeping this feast, we are lifted up with the crucified Christ, leaving behind us earth and sin so as to gain the things of above. It’s the greatest treasure, the fairest of all things and the coolest through which the mystery of salvation that had been lost were restored to us. It’s great because many noble acts of Christ found their consummation. It’s honorable because it’s the sign of God’s suffering and the trophy of His victory. It is the cup that Christ longed to drink and the climax of the sufferings He endured for our sake (cf. John. 12:28; 12:32; 13:31). God revealed His greatest glory when the Son was lifted up on the cross, lowered Himself to become man, humbled Himself unto death on the cross for the salvation of mankind (Jn. 3:13; cfr. St. Andrew Crete, oratio 10, In Exaltatione Sanctae Crucis).

The cross on the grave is a symbol of an individual’s identity with Christ’s sacrifice and victory over death by his resurrection. Cemetery is a place of comfort on the day of a funeral and the years to follow. Cemeteries provide the deceased place of burials that are representative of the Church’s reverence for the remains of the faithful departed and its hope in the resurrection. Among the cemetery crosses, the Latin cross is the most common symbol used by many Christian religions, representing the crucifixion and/or resurrection of Jesus Christ.

Desecrating cemeteries (grave sites) or the sacred resting places of the faithful departed is very common phenomenon in most of our Christian communities evidenced by grazing animals: using the crosses on the graves as pegs for tethering animals; removal of crosses on the graves for demonic ritual purposes, leaving grave sites to over grow without care with bushes, etc. Some of these abuses may be due to ignorance, negligence, or deliberately and willfully orchestrated especially in the case of some “false prophets, visionaries and day dreamers” as has been the case more vividly with Edreru Yona in St. Mary Small Christian Community (SCC), Oriajini Chapel and Zone about 500 meters from Oriajini Catholic Parish Church. Dear people of God, we need to be on the constant watch out because these days, a lot of “false prophets and witchdoctors” want to use sacramentals to take advantage of the situations of miseries, sicknesses, agonies, poverty, and above all the challenges in the lives of people in their vulnerability and need, hence prey to being snatched by such agents of the demonic world. The Word of God reminds us to be cautious: Jeremiah 14:14 says: “these evil doers prophesy lies, offering false visions, divinations, idolatries and the delusions of their own minds.” Matthew 7:15-20 presents to us how Jesus depicts the false prophets as “coming in sheep’s clothing, but inwardly are ravenous wolves. You shall see and know them by their Fruits.” St. Paul in 2 Timothy 4:3-4 says, “time is coming when people will not endure sound teachings, but have itching ears to accumulate themselves teachers to suit their own passions and will turn away from listening to the truth and wonder off into myths.” St. Peter in his first letter says: “be calm but vigilant, because your enemy the devil is prowling round liken a roaring lion, looking for someone to eat, stand up to him, strong in faith, knowing that your fellow believers in the world go through similar sufferings” (1 Peter. 5:8-9). St. James as well encourages believers “to persevere and remain faithful, trusting in God in the face of trials and temptations which are moments of testing your faith, hence do not be deceived by the allurements of this world, (James 1:2-18). St. Paul, in his letter to the Ephesians 6:10-18 opens our eyes to the fact that “we live in constant battle with the powers of darkness in this world, not fighting physical humans.” He encourages us “to constantly pray and faithfully for prayer is a shield that protects us against the powers of darkness.” He urged all to read the “Word of God, because it’s the sword of the Spirit to destroy the powers of darkness in our constant battle.” Jesus Christ emphatically showed that “the mission of the devil/Satan is to kill, scatter and destroy, but He (the Son of Man) came to give us life to its’ fullness,” (John 10:10). Therefore, as we celebrate and reflect on the Exaltation of the Cross, let our faith be enlivened because Jesus Christ conquered the devil over 2,000 years ago, and by shedding His own blood, dying on the cross and by His resurrection, has triumphed over death and sin, (cfr., John 10:17; 1 Corinthians 15:17; 1 John 3:14; 2 Timothy 1:10; John 12:21; Colossians 2:15). He lives forevermore and those who believe, shall live in him (John 14:19; Romans 8:37). There are three powerful things that the Cross of Jesus does for me and for you. 1.The cross of Jesus Christ has “the power to set men free.” 1 Peter 2:24 says “he himself bore our sins in his body so that we might die to sin and live to righteousness by his wounds you were healed.” Here, Peter means that Jesus heals us of the effects of sins by removing our actual sins from us and taking them to himself. He removes them through the process that was reviewed for centuries by the Jewish sacrificial system, (Leviticus. 4:13-21; Genesis 2:15-17). Jesus the perfect and innocent Lamb took on the sins of all men and offered His sinless and eternal being in a sacrificial offering on the cross in order to make a moral payment for our sins. Jesus himself says: “if the Son of Man sets you free, you shall be free indeed, (cfr., John 8:36). Do you trust and believe? 2.The Cross has “the power to create in me a desire for righteousness.” The cross has the power to create in a person the love and desire for what is good, right, true and pure. Even though a person cannot achieve perfection on this earth, the cross of Christ gives him the thirst for it. “there are many things in this world that will change a persons’ appearance, even his state of mind, but only the cross of Christ has the power to change a persons’ heart” (cfr., www. bibletalk.tv/sermons). 3.The Cross has “the power to convince me that I am loved.” One of the common issues found in diverse problems such as teen suicide, depression, alcohol and drug abuses, witchcraft involvements and marriage breakdowns, is the problem of low self-esteem. We worry about our value as human beings, and we have trouble liking others, wanting to be like others because we have poor image of ourselves. Sometimes we think that the definition of our lives is the problem in our lives, hence we begin to store them in our subconscious minds that ends up affecting our daily lives. But be assured that: “the cross of Jesus Christ has the power to break this cycle,” for it clearly says: “I love you.” when nobody seems to care about you, and even when you don’t care about yourself, the Cross of Jesus says, “I care” (cfr., John 3:16; Romans 5:6-8; 6:3-4; John 15:15). Let us turn to the triumphant and victorious cross of Jesus Christ to draw the fullness of life. Rev. Fr. Drici Emmanuel Arem is Parish Priest of St. John Paul II, Oriajini Catholic Parish Assistant Pastoral Coordinator for Ediofe Vicariate, Arua Diocese