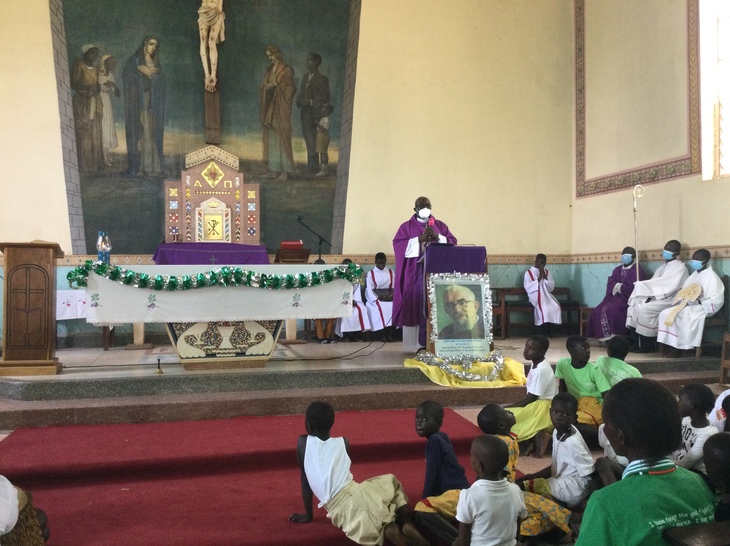 Bishop Sabino Ocan Odoki joined Christians of Ombaci Parish on 3rd March 2022 to celebrate the life of Venerable Bernardo Sartori, a Comboni Missionary, who served in Arua Diocese from 1934 to 1983. On 13th December, 2021, The Holy Father Pope Francis promulgated a decree regarding the heroic virtues of Servant of God Bernardo Sartori, thereby proclaiming a Venerable. Venerable Bernardo Sartori now awaits the stage of beatification that precedes canonisation. When a person is beatified, it means that they are in Heaven, and that they are in a position to plead to the Lord on behalf of others, should they beseech him. 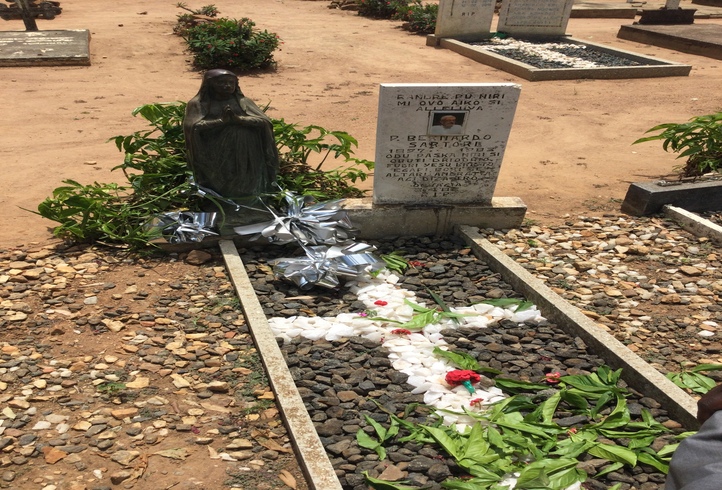 Bishop Sabino who was the main celebrant recounted the many achievements in the life of Venerable Sartori that included founding the Minor Basilica of Lodonga in Arua Diocese were pilgrims from all over the Sub Saharan Africa visit yearly, building churches at Arivu, Otumbari, Koboko among others. Venerable Sartori died on 3rd April, 1983 at the foot of the altar in St. Joseph’s Ombaci College Chapel. Venerable Sartori loved the adoration of Blessed Sacrament and had a strong love for the Blessed Virgin Mary. Bishop Sabino noted that today people hardly have time for God. He encouraged the Christians , the Religious and Clergy to draw inspiration from the life of Venerable Sartori and associate themselves more with successful people in their respective fields of life and work. Bishop describe Venerable Sartori as a servant of God who had great love for the pastoral ministry and persevered in his ministry.
Venerable Bernardo Sartori was born in Falze’ di Trevigiano on 20 May 1897. He arrived at Arua in 1934. The bishop sent him to Lodonga. Fr. Valcavi handed over the mission to him with these words: “ Father, here there is nothing to do than to weep and pray. The tribe is already Muslim, and with Muslims you cannot reason. Who becomes Muslim does not pay musoro (tax) and has a month of holidays as a reward. A wave of fanaticism is invading any thing. Do you see that hill of the Kakwa? They are all lost”. After those words Fr. Valcavi burst in tears. Fr. Sartori took courage and consecrated the mission to the Blessed Virgin Mary, Mediatrix of all Graces as he did in Troia for the seminary. He would build a huge sanctuary to the Mediatrix of which we are going to talk soon. Prayer and safari was the summary of his life in Lodonga. The mission was always full of hundreds of Catechumens and marriages. Fr. Sartori was not a great organizer as Fr. Valcavi but he was attracting people through his example of a holy man. 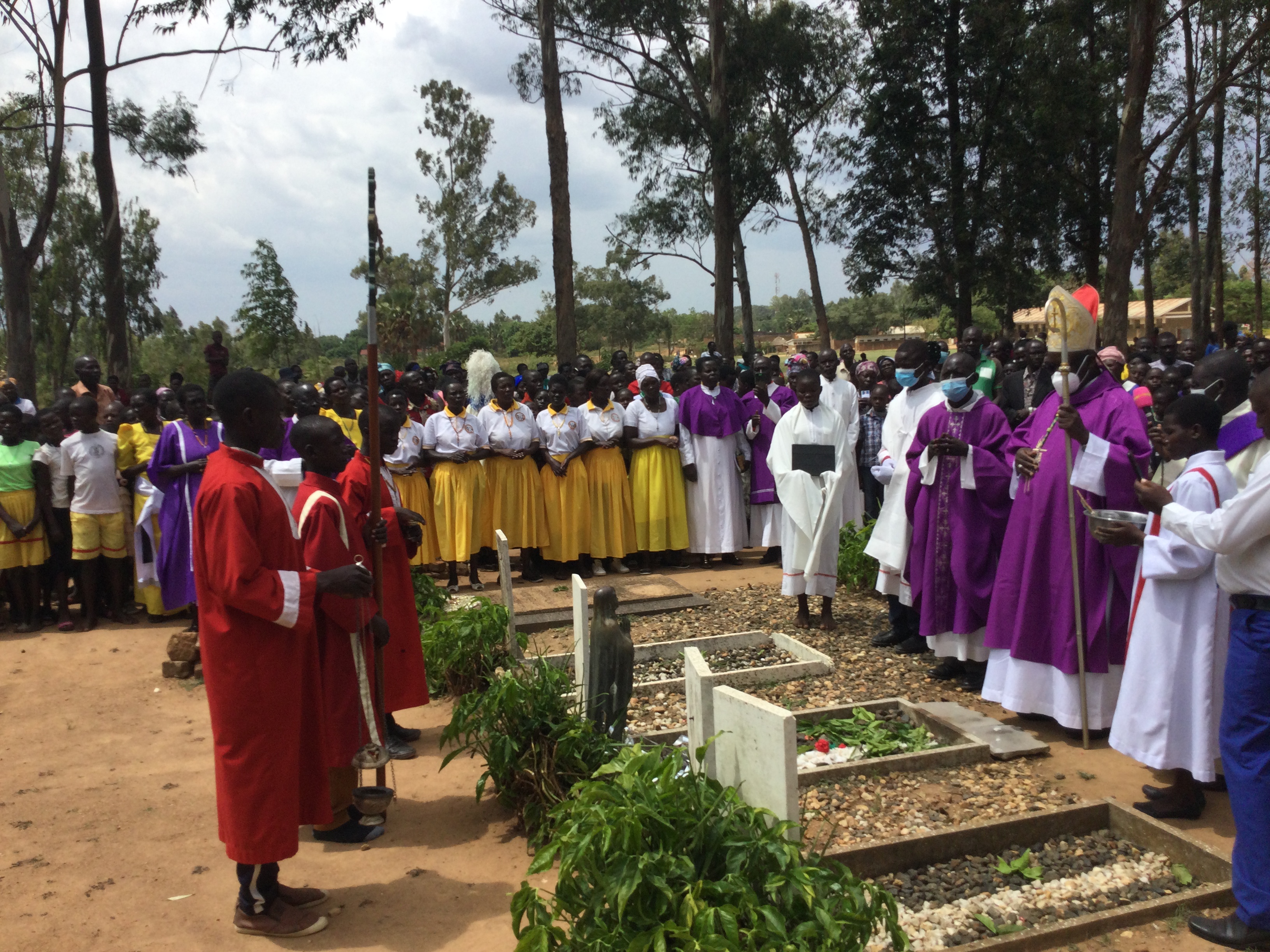 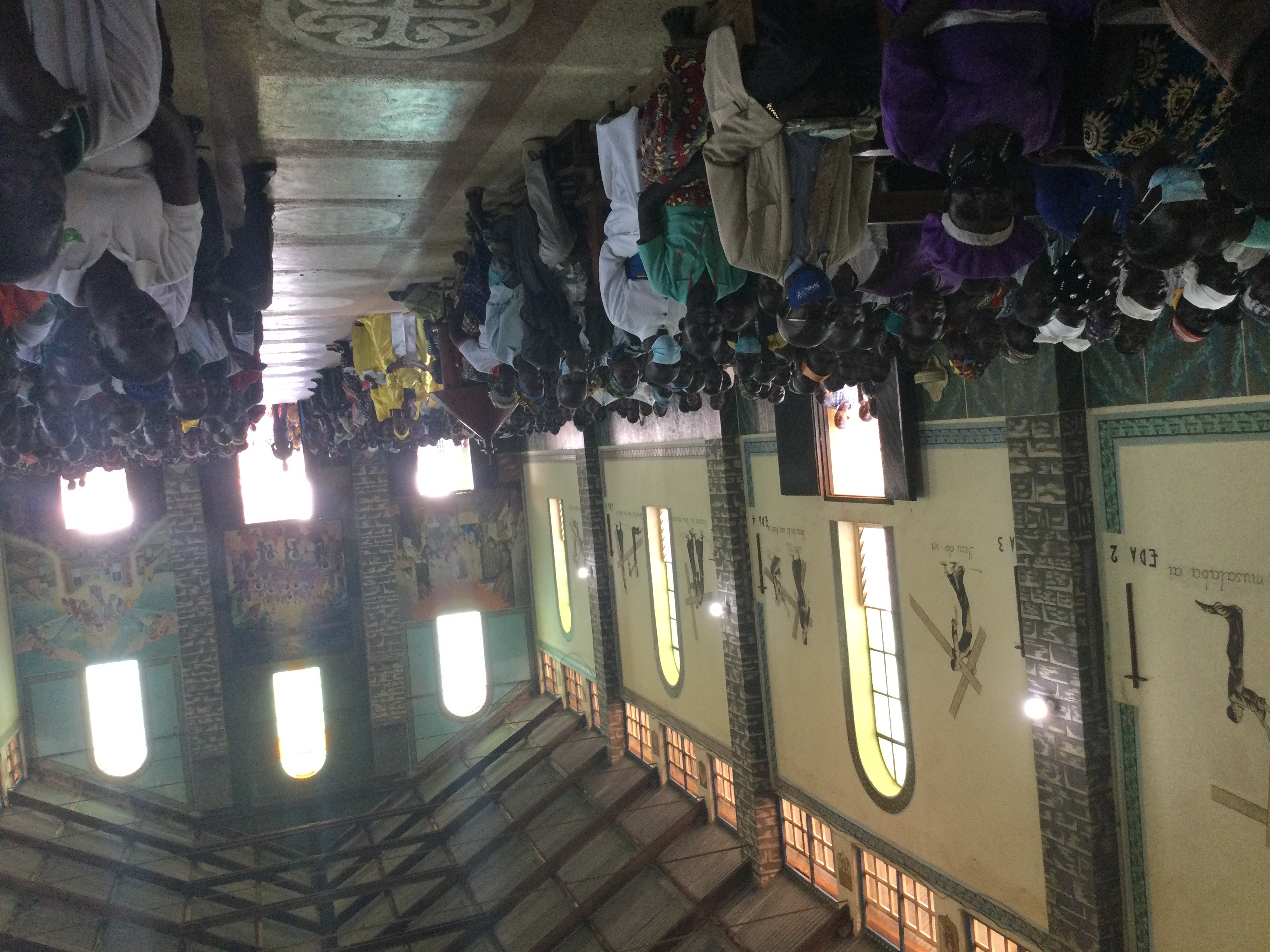 Through his kindness he conquered also Muslims to the faith in a particular way a Chief of Koboko, Mr. Musa whom Fr. Bernardo baptized at the end of his life. He started the mission of Koboko in 1952 where he built a sanctuary to the Blessed Virgin of Fatima. In 1963 he erected another sanctuary to the Queen of the world in the new mission of Otumbari.In 1966 he opened the mission of Arivu where he built another Church in honour of Mary Mother of the church. He came back to Otumbari in 1978. During the war he suffered a lot, and was humiliated by the rebels. That was the time when he lost the tympanic membrane of an ear because of the sound of a bullet slipping at his head. It happened at the chapel of Omugo while he was administering confession. He spent his last two years at Ombaci.
The bishop sent him to Lodonga. Fr. Valcavi handed over the mission to him with these words: “ Father, here there is nothing to do than to weep and pray. The tribe is already Muslim, and with Muslims you cannot reason. Who becomes Muslim does not pay musoro (tax) and has a month of holidays as a reward.
He could not go back to Otumbari because of insecurity. He died early in the morning at Easter Sunday in the chapel of the college at the foot of the altar, with the lamp still lit. It was the 3rd May 1983. We can summarize his African life in these words: devotion to Blessed Mary, prayer, safari and a great love for the Logbara. “ A holy man has died” was the common comment of the crowd. He is buried in the cemetery of Ombaci mission. 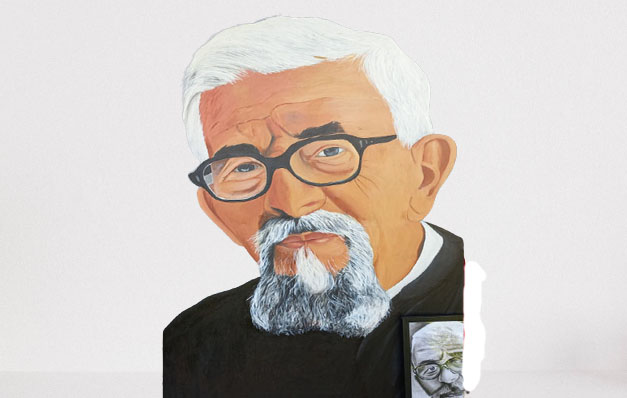