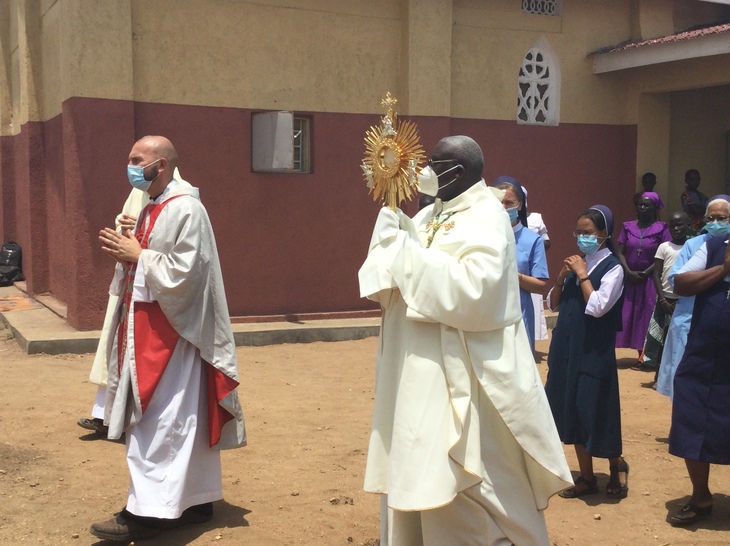 Rt.Rev Sabino Ocan Odoki, the Bishop of Arua Diocese has appealed to the refugees at Bolomoni refugee settlements to recognize God's intervention in the face of their adversity.
The Bishop made the appeal during the consecration of the newly built church at Bolomoni Refugee settlements, dedicated to St. Joseph the husband of Mary and stepfather of Jesus that was elevated to a eucharistic center in the same event, in a decree addressed to Rev. Fr. Andrzej Marek Dzida, SVD who is currently in-charge of St. Joseph Bolomoni Chapel Vicariate for Refugees and Migrants; 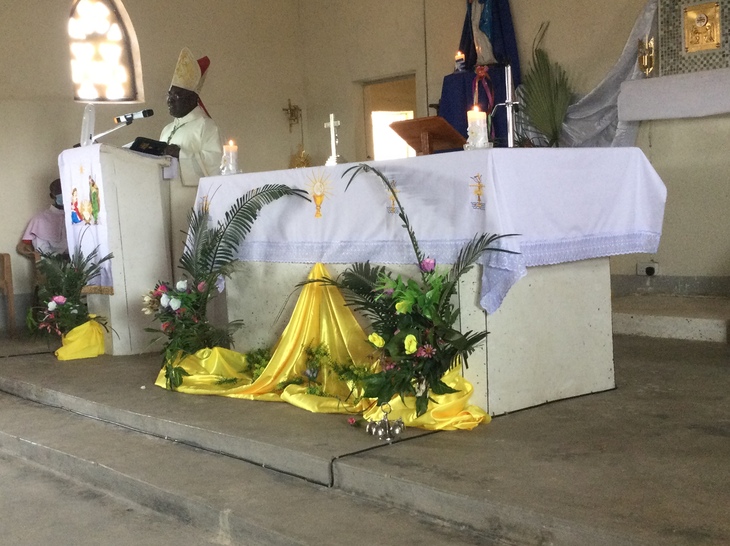 "Meanwhile I appeal to you to appreciate what God is doing to help you cope with the situation. Let us look at the good works of God among us, sometimes we tend to look more onto the negative things and we forget God's blessings. The missionary priests , brothers and sisters have left their countries, and have come to journey with you, that is a sign of God's intervention. They have denounced not only marriage, is that not a big sacrifice?" Said the Bishop.
"God is always intervening and we need to be aware of this, as we heard from the first reading of today taken from the book of Exodus , the people of God were in Egypt suffering for a long time but in this reading, we see God intervening by calling Moses to lead the people out of the bondage." Continue the Bishop. 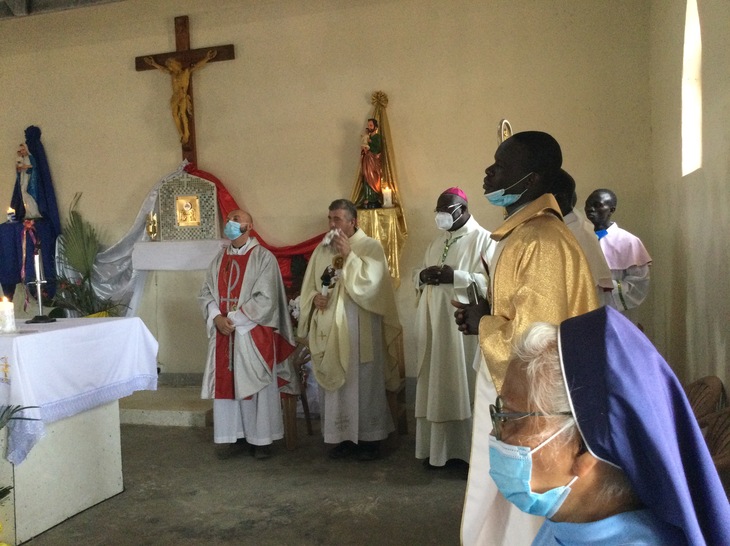 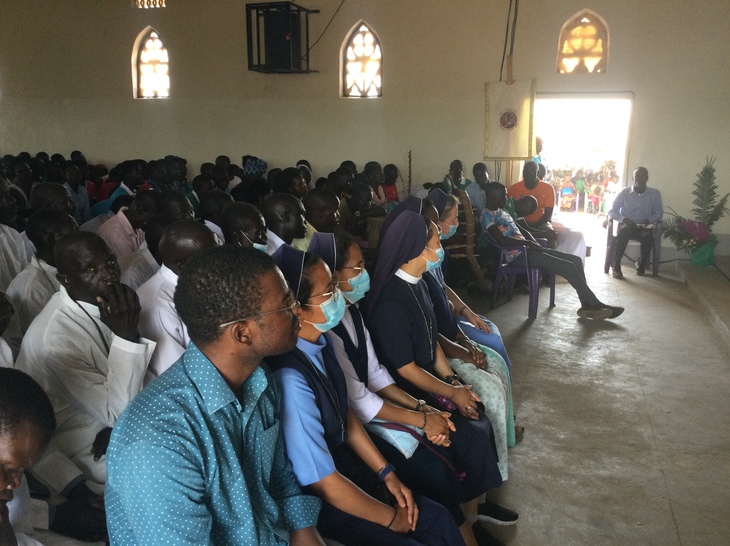 "Moses was just a Shepherd working for his father in law Jacob caring for his flock, then he saw the burning bush. God was intervening in his life, he could see the burning bush and the fire but the bush was not burning. That is how God attracted him for his mission to liberate his people and Mosses accepted it and carried his mission effectively to lead his people out of bondage.
"Likewise we expect the same intervention for our people in South Sudan , God has his own time and he is intervening , meanwhile I appeal to you to appreciate what God is doing to help you cope with the situation because it is not easy to be outside your own country."
"Look at the people who God has sent to be with you, the Refugee Agencies, Organisations of the Catholic Church who are doing all they can do so that life can go on for you. Prepare yourselves from here for tomorrow, God never sends us without preparation, what moses went through is preparation, what you are going through is preparation , tomorrow when you go back to South Sudan, you are going to go and take the good news and you are going to be evangelizers, there fore, make the best use of the time and God will help you through."
The Bishop was joined by missionary priests , religious sisters and brothers and hundreds of refugees from South Sudan living at Bolomoni refugee settlements in the West Nile and host community of Kado, Oluba, Abirinjo and yangani Chapel in Arua Diocese. 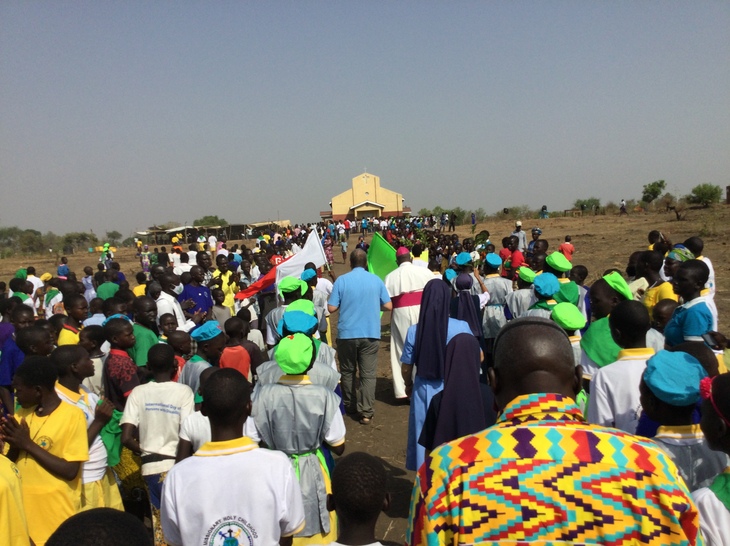 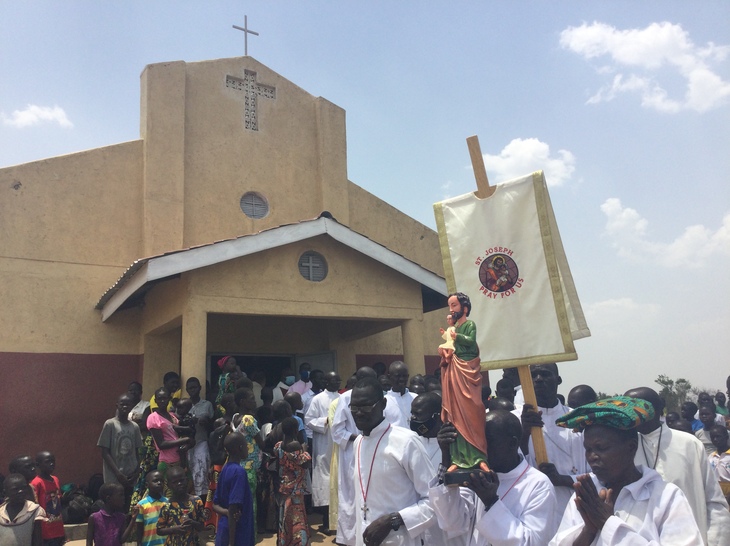 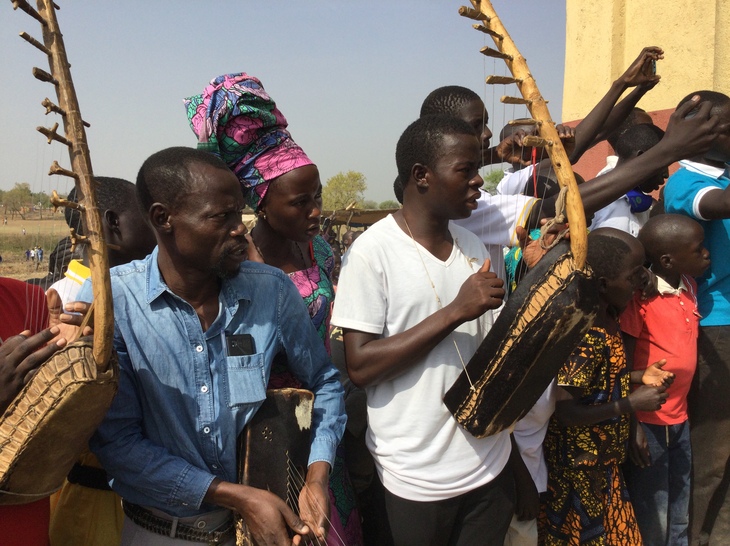