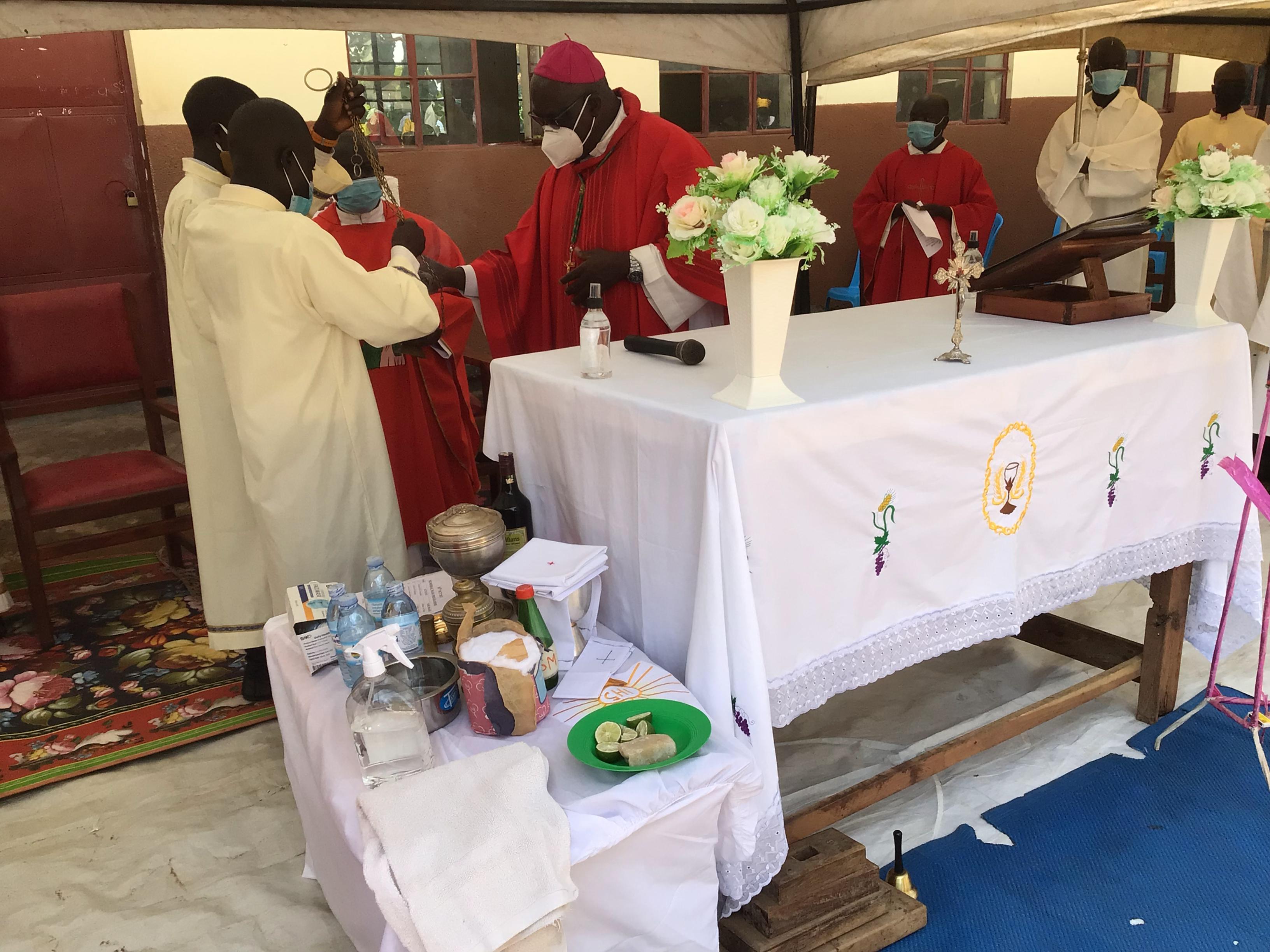 
A memorial mass for late Fr. Paul Maguma was held today 30th October 2021 at Ajia Parish where he last served as the Parish Priest. The colourful Eucharistic celebration was presided over by the Bishop Ordinary of Arua Diocese, Rt. Rev. Sabino Ocan Odoki.
Late Fr. Paul was first appointed as Curate at Logiri Parish. He later served as Parish Priest of Logiri Parish until 2006 before being transferred to Oluvu Parish to serve as Parish Priest. He was later appointed to Ajia Parish as Parish Priest where he last served. He died on Sunday 30th May 2021 at Pioneer Hospital, Arua City. 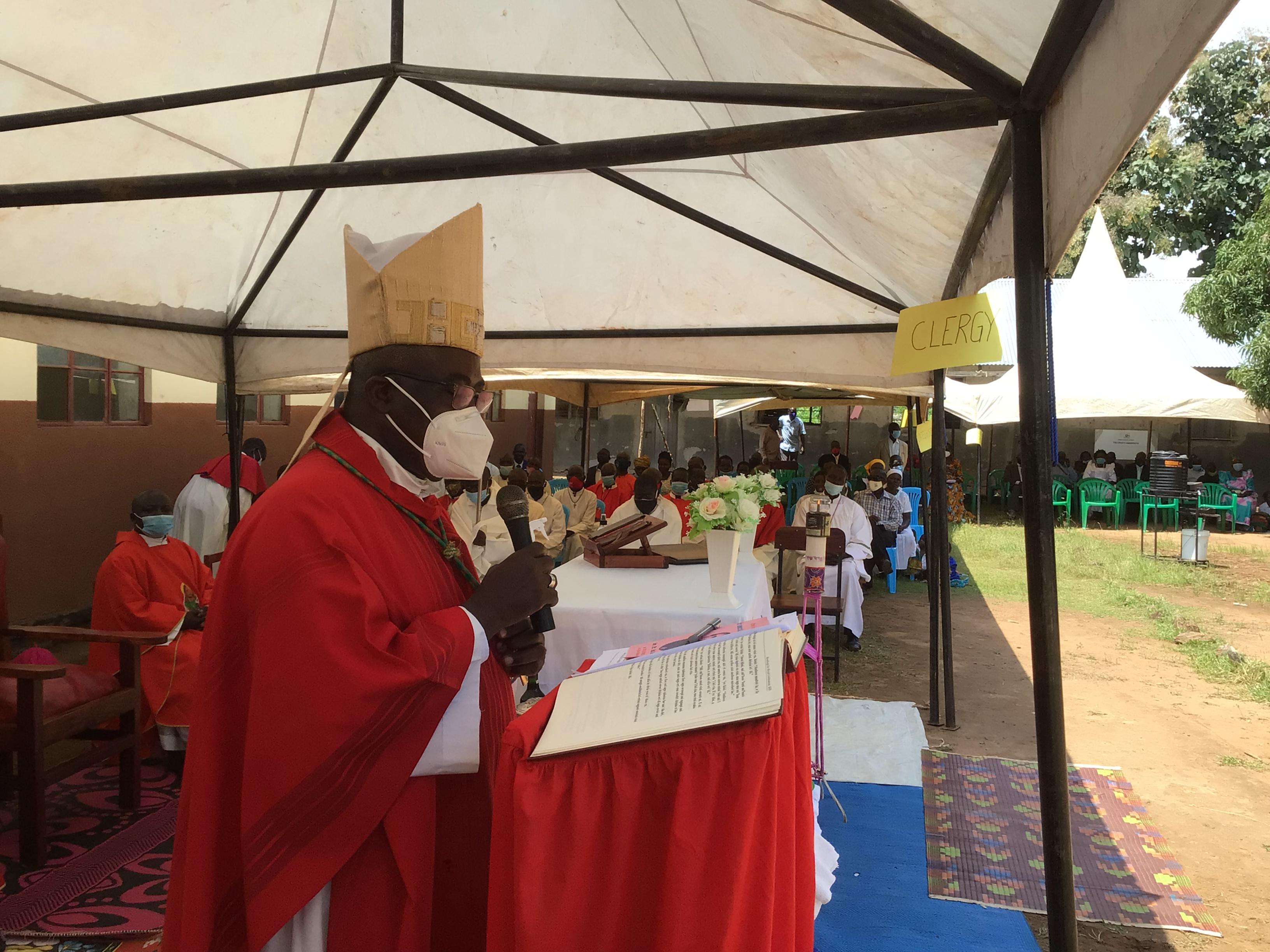 The Bishop in his homily noted that the works of late Fr.Paul impressed him right from the time he arrived in Arua in 2009. He said late Fr.Paul was involved in several projects for the Diocese of Arua and ensured that the results of these projects were immense. He commended late Fr.Paul for setting up a standard of life that Christ Jesus would comment on and urged the congregation to have the honour of following those standards. He said the standard of Christian life has already been set by Jesus and Christians should find inspiration from the Saints, both in our present times and those of old, Martyrs, committed Catechist, Wedded couples living a good family life to help them in trying to live by these standards. 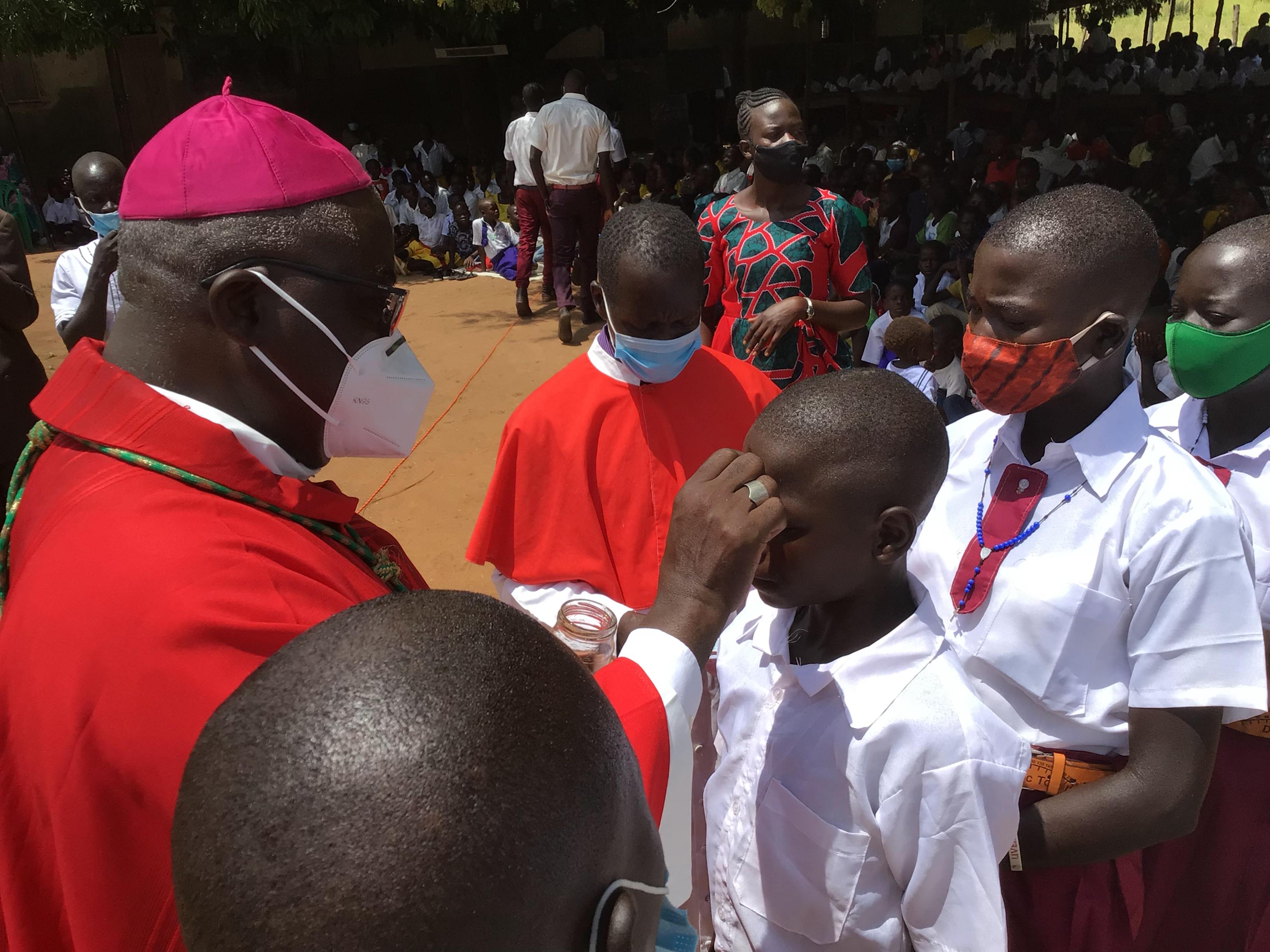 Bishop also reminded the candidates of confirmation of their obligation of receiving the blessed Sacrament of Confirmation. "You will receive a special obligation after being anointed, as you know the church is all about Salvation that comes with proclamation of the word of God. You will be able to share the scripture, encourage others to rejoice in the Scripture, to be prayer leaders and help in preparing others for the Sacrament. He asked the confirmed to pray for vocation that God may guide them in what they want to do in life.
Bishop encouraged the Christians to always labour to find friends around for doing good things citing the example of the group of youth who formed the present day Greater West Nile Youth Forum (GWNYF). He said these youths approached him a while ago seeking his guidance as they chose to be a different group of youths who needed to impact positively in their society. And he responded by inviting first a facility on Mindset Change by late Mrs.Badaru which was followed by several farming trainings and this has seen these youths becoming better persons in their communities.
Fr.Robert Ojama the Parish Priest thanked the Bishop for honoring his invitation amidst his tight schedule and for entrusting the Christians of Ajia to his hands after the death of his brother Paul Maguma