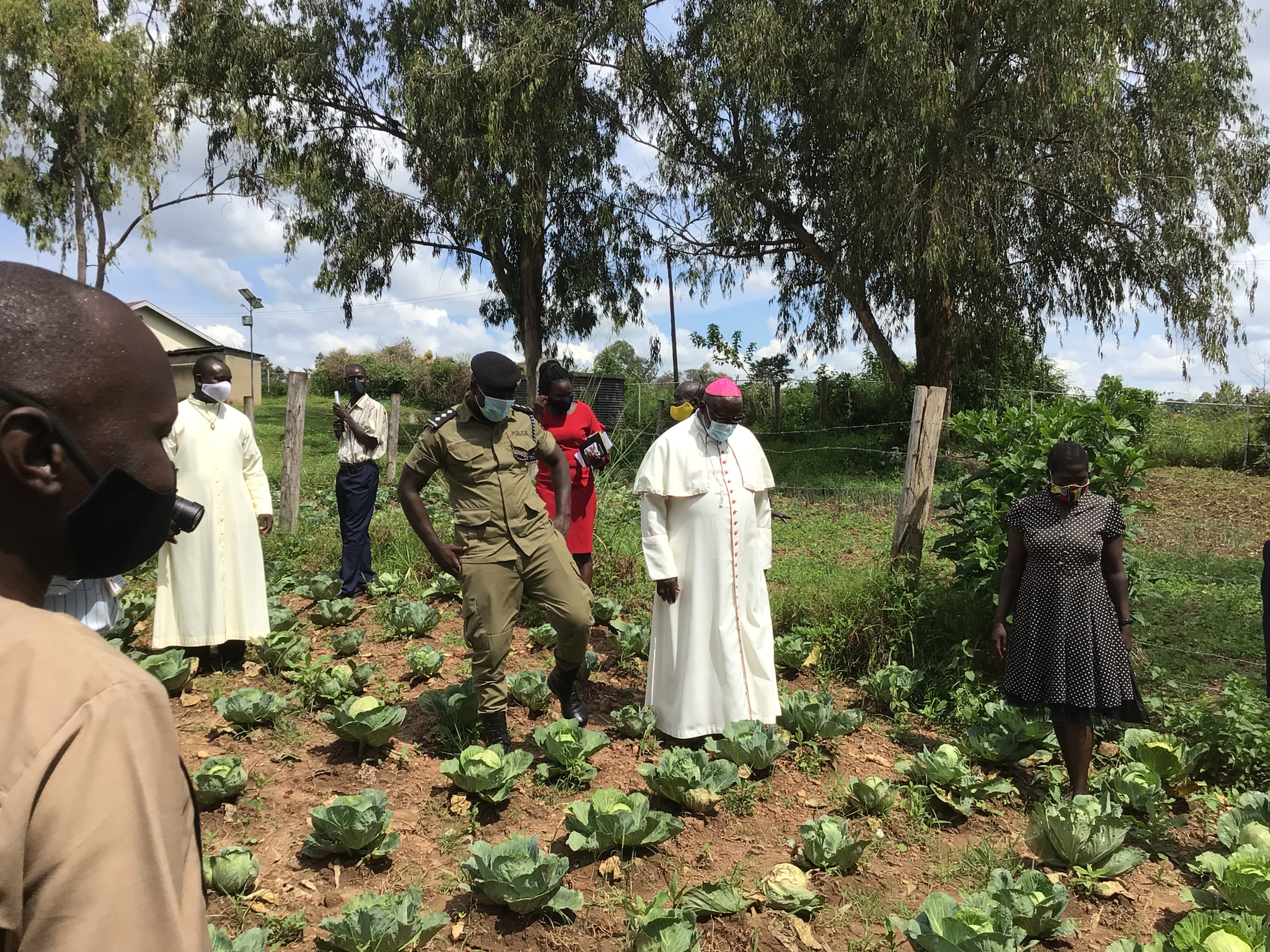 
Greater West Nile Youth Forum (GWNYF) launched a pesticide-free demonstration vegetable garden that yielded up to 600 heads of cabbages worth 1,200,000 to 1,300,00 Ugandan shillings and 3500 onions worth a million shillings within a period of 3 months on just a few square meters land in a demonstration garden at Arua Technical Institute, Ragem.

The Launch was graced by the presence of the Bishop of the Diocese of Arua, Rt. Rev. Sabino Ocan Odoki, who is the Patron of the forum. Present also at the occasion were the Bishop of Madi and West Nile Diocese, Rt. Rev. Charles Collins Andaku, the acting District Police Commander, Mr.Jokkende Julius, the Executive Director Greater West Nile Forum, Mr.George Ezama ,the Principal Arua Technical Institute, Mr.Kirenga Amabilis, and the Chairperson Board of Directors Mr. Odipiyo Samuel. There were also other dignitaries. 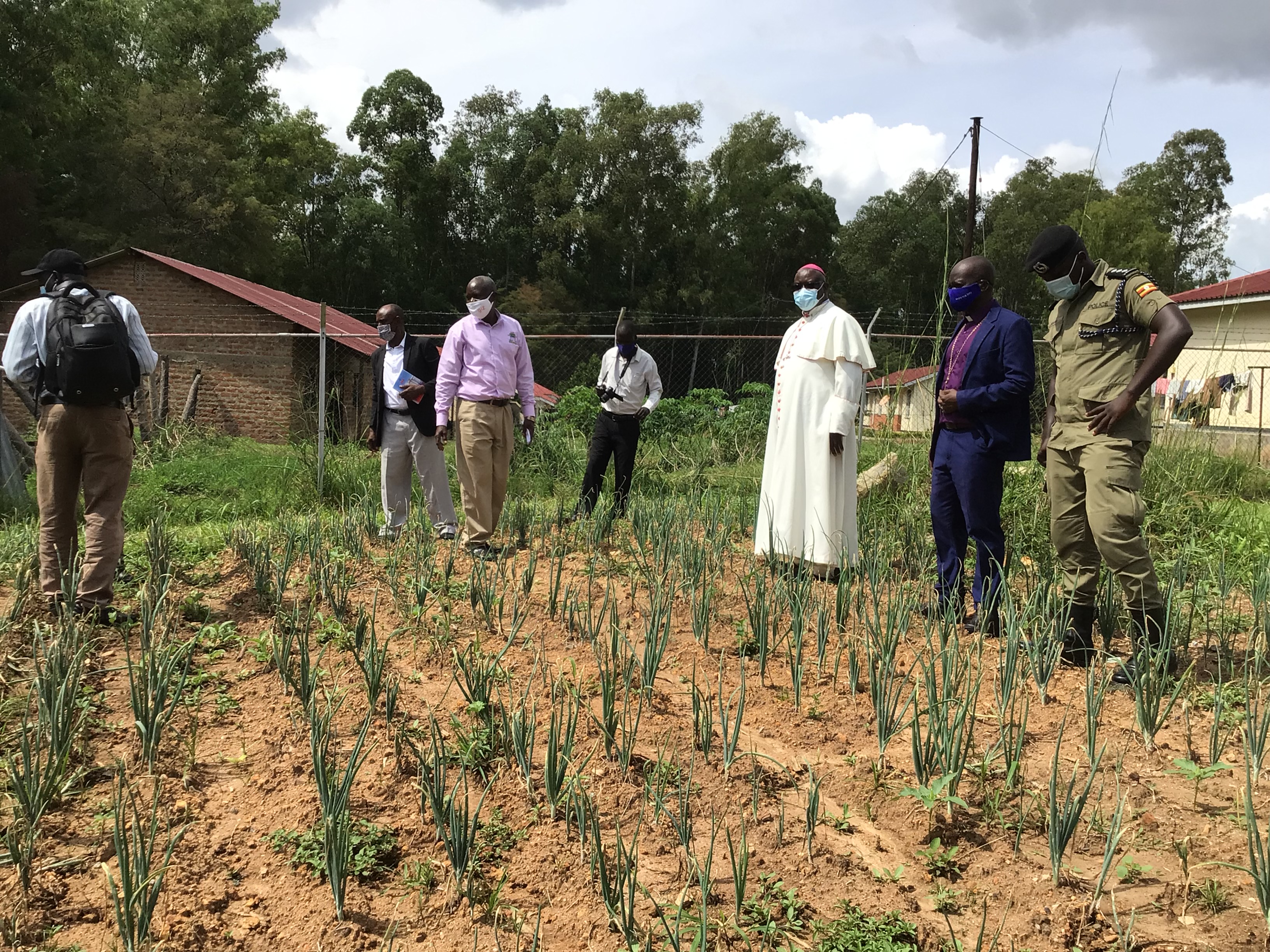 The launch was also in memory of Mrs. Badaru Gertrude, the former Agricultural Officer Arua District who laboured with the GWNYF youths on mindset set change as a strategy to eliminate poverty during the first launch of the forum at Christus Center. It was for the success that was registered by a group of youths who were part of the different trainings planned by GWNYF, headed by Mr. Amaku Alex Atria. The occasion was characterized by a tour of the Institute’s various departments and a tour at the demonstration farms.

Alex Amaku Atria, one of the beneficiaries of the GWNYF training, who piloted the success of the vegetable farm shared their success story saying that it was all at the mercy of perseverance, handwork, struggle ,persistence, patience and endurance. He thanked the GWNYF for the tireless training that was given him, especially the training by the late Badaru that unlocked his mind and now he is ready to be stable. He said GWNYF guided him in growing crops, trained him in making organic solutions which are prepared out of nim leaves and cow dung for spraying the crops. They also trained him to use organic manure which he never knew before. He confessed that his experience has made him plan for a better family. He thanked the principal of Arua Technical Institute, Mr Amabilis, for offering them the land within the institute for the demonstration of the farm. Alex however noted a few challenges despite their achievements: too much rain that destroyed all their tomato crops, the worms that ate the cabbages in their earlier stages of growth. He said he now knows the crops that are hard to diseases, seasons for planting the different crops, crops that are valuable. He revealed that he has secured 2 hectares of land which this October he plans to make a bigger farm on.


Bishop Sabino pledged to struggle and find sponsors that shall see to it that more youths are enrolled into the institute and trained so that they become important players in the different communities where they come from. He praised the great works of late Mrs. Badaru who tirelessly facilitated the youths on mindset change as a strategy to eradicate poverty. He thanked the daughter of the late Badaru for keeping up with the visions and missions of the forum. He emphasized that he will be available to follow the programmes of skilling Ugandans closely
Arua Technical Institute as one of the great Technical Institutions in the region offering practical upskilling in the fields of automotive mechanics, plumbing, machine and fitting, fashion and garment design, automotive mechanics electrical installation, machining, pipe fitting, building construction, wood work technology and other general subjects like entrepreneurship, life skills, computer applications, Kiswahili, industrial training among others.. 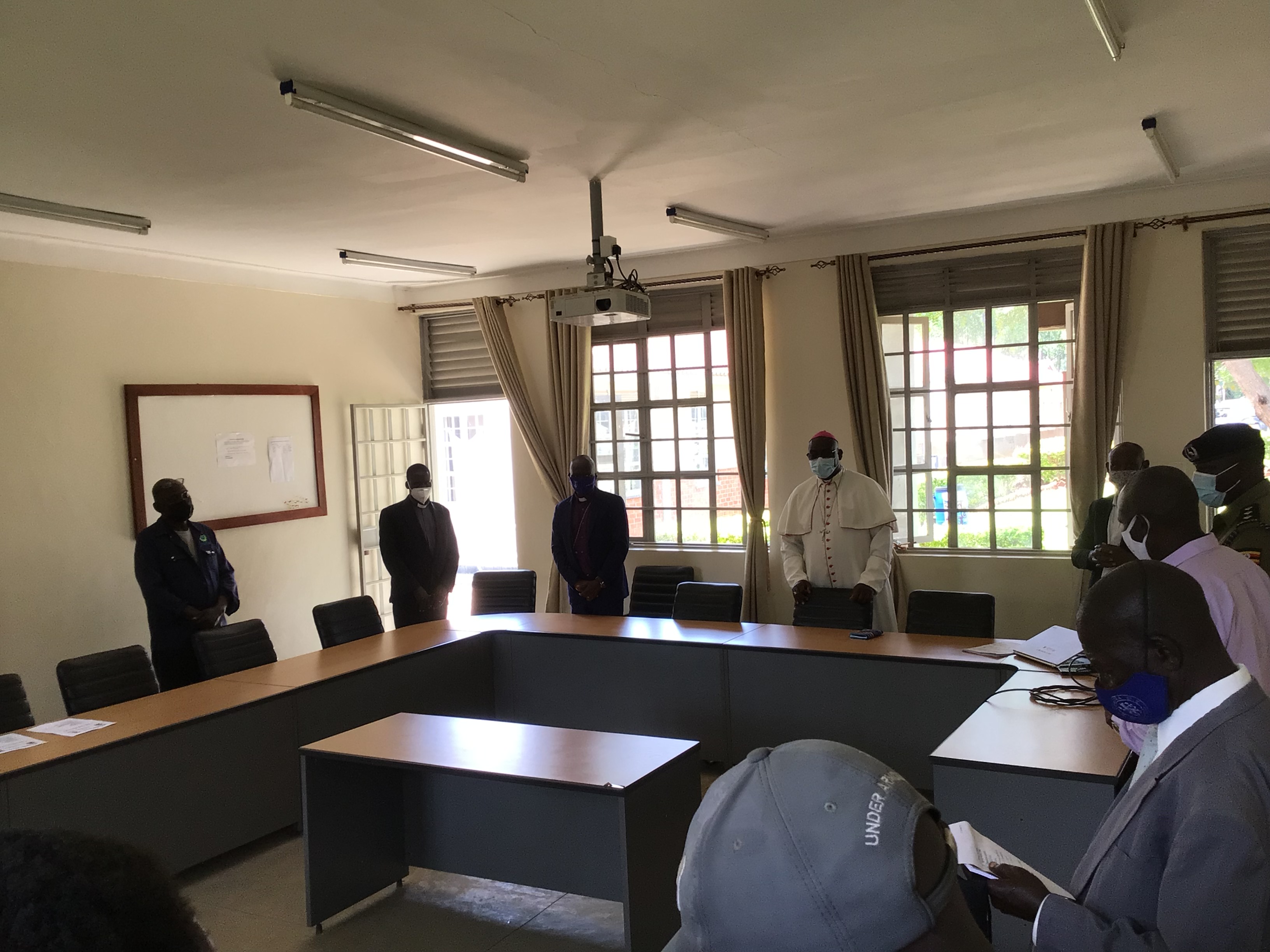 The acting District Police Commander, Arua District Mr.Jokkende Julius encouraged more youths to join the forum as a way of orienting their lives and unlocking their minds. He noted that there are more energetic youths around Arua who can produce similar results as of the launch but it is unfortunate that the energy is channeled into crime. He noted that the launch was an initiative of the church and so the church has done its part, as the security bodies have done their part too and the parents must do their part by making sure more youths are engaged in such a forum.